It's Menka here with another Just Looking Letter - a monthly nudge to slow down to notice more of this flickering moment we call life.

We often start a conversation with "What's new?". Perhaps it is natural given human love for novelty (we are a neophilic species, like ravens!). But another good question could be "What's old?". What's managed to weather the sands of time? What have you found enjoyable or useful enough to keep going with?

When it comes to newsletters, my longest-standing subscription for over 20 years has been NASA's weekly updates. I am a physicist by training, you see, and astrophysics was my jam at Cambridge University before I turned to philosophy and mindfulness and such. So join me as we turn to the stars this time...

A few hours before dawn on January 17, 1994, the residents of Los Angeles were rudely awakened by an earthquake. It was strong enough to break the power supply across the entire region. Some of them stepped out to check on their neighbourhood. It was really dark, with no streetlights and few cars at that late hour. Looking up at the sky, they found twinkling stars, clustered galaxies, and distant planets. They also saw a large silvery cloud trailing over the city. Some people got so nervous about this sighting that they reported it to the police.

That strange cloud turned out to be the Milky Way. The galaxy that we live in. Our cosmic home, that few of us these days can even recognise. There are billions of stars in our galaxy, and when we look up the light blends together to give us that milky cascade we see spilling across the sky. The current estimate is that there are between 100 to 400 billion stars in there.

For thousands of years, this sight of a star-filled sky has been a unifying human inheritance. Life at night would only be lit by the stars, the moon and the red embers of fire. Historians believe that our predecessors used stars not just to navigate, but also to track time (by charting the movement of stars) over thousands of years. The world's oldest cave paintings by the Palaeolithic and Neolithic people feature animals that are now thought to represent star constellations in the night sky.

The invention of the electric lamp in the late 19th century changed all this star gazing. By one account more than 60% of Europeans and nearly 80% of North Americans can no longer see the Milky Way at night. Even some of the brightest arrangements of stars such as Orion or the Pleiades cluster are not fully visible to residents in and around big cities. The glow from cities can illuminate the horizon for hundreds of miles. For the first time in human history, the sight of the stars has stopped being just an ordinary part of daily life.

The natural light of the stars and moon plays an important role for many creatures. One moonlit night in Costa Rica, many years ago, I witnessed thousands of sea turtles coming onshore to lay their eggs in a synchronized mass event. It blew my mind. Sadly this ancient breeding instinct has been hugely disrupted by the artificial glow in many other parts of the world. Nocturnally migrating birds and insects are also getting confused and disoriented. And every year there is more research and evidence about the ill effects of night lights on human health.

None of this is to say that the benefits of artificial lighting for human beings do not outweigh the costs. Electric lighting has brought so many wonders into our lives. With every major innovation, there are bound to be some costs. The trouble is when it comes to the stars, it is hard to describe in practical terms what that cost is. When we talk about the loss of the starry sky, what exactly are we losing? Is it wonder, awe, and reverence? Stability? A sense of belonging?

The technology theorist, L. M. Sacasas writes in his excellent newsletter The Convivial Society, that this situation is made worse by the fact that what we are losing used to be a public good, commonly shared or freely accessible. And now that is turning into a private luxury item available only to the privileged class, who can afford what is becoming known as "dark-sky tourism."

"To glimpse the night sky, which had for the whole of human history until the last 50 to 70 years, which amounts to the blink of an eye, all one had to do was step outside in the evening. Now you may have to pay for the privilege."

We are currently at the start of a new chapter in this story. From the launch of Sputnik until today, only around 8000 satellites have been put into orbit. Now Elon Musk's SpaceX project is planning to send 42,000 into orbit over the next few decades, and others such as Amazon have their own ambitions. The goals are great - for example, high-speed internet for the most remote regions of the planet - but at what cost? Satellites are far worse than street lights in blotting out the visibility of stars. The new ones will be so bright that to the naked eye they will look like moving stars. Perhaps that will be just as beautiful, but will it inspire the same wonder?

Spending time with the stars (while we can!)

The hardest part is waiting. Waiting for a clear-ish sky, a meek moon, and that time in the evening when the neighbours have gone to bed. Then it's just as simple as stepping outside and looking up. If you can't see anything initially, give it 15-20 minutes and your eyes will adapt to low light. Resist looking at your phone, or anything bright during this time.

Depending on where you live, you might want to travel to a darker place. These tools can help you: NASA's Blue Marble, International Dark Sky locations, Dark Site Finder. Or visit the closest observatory at night, as they’re mostly located in dark sites.

If you want to see the Milky Way, now is a great time! It should be visible in both the Northern and Southern hemispheres until October. Step outside on a new moon night, or when the moon is right down in the sky. You can also use the Ephemeris app, which predicts Milky Way visibility.

If you make any astrophotographs, please feel free to share it with me by email, or on Instagram with the tag #wearejustlooking so that it comes up in our Just Looking community feed.‌

How Bird Collecting Evolved into Bird-Watching [Read]
When it comes to stars, we can only watch. But our human instinct is more often to hunt and collect. Even the area in the Milky Way where we can find other planets is known as the "planet hunting" neighbourhood. This article offers a curious account of how things shifted with birds and the role and decent and affordable binoculars in enabling that.

The concept of "Statio" [Read]
A traditional Christian practice of stopping one thing before we begin another. "It is the time between times. It is a cure for the revolving door mentality that is common in a culture that runs on wheels."

Smells That Remind You to Breathe [Read + Smell!]
Fourteen smells. And, as with all such practices, once you start noticing them you'll come up with your own additions.

The Mesmerising Qualities of Glassware [See]

It's always a pleasure to hear from you, so feel free to hit reply with any thoughts or advice you have for me. Until next time, wishing you a few clear dark nights to look up into, just as humans before us have for thousands of years.

Yours in wonder,
‌Menka‌‌‌
‌‌

What Reading Does To Our Attention

The word "spell" has a telling double meaning: both to arrange letters, and to cast magic. When we read, it's amazing how we can hear distant or even dead human voices telling us things, but at what cost? 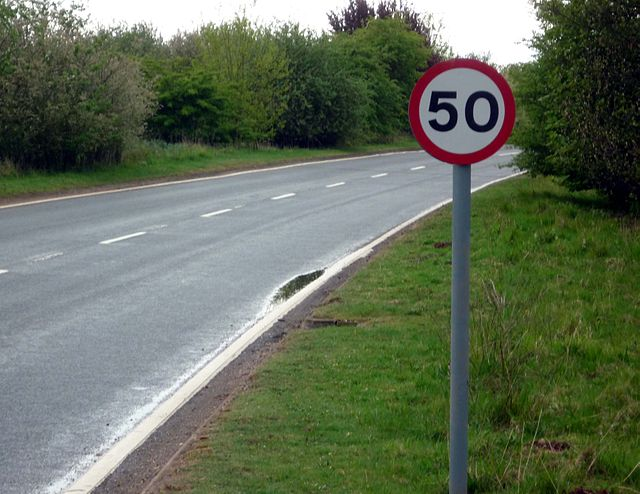 Waiting is essentially about a desired future. It's the duration of time that is the obstacle between where we are, and where we want to be. No wonder it brings up feelings of discomfort, boredom, or even anger. But what if we could wait differently? What could we see? 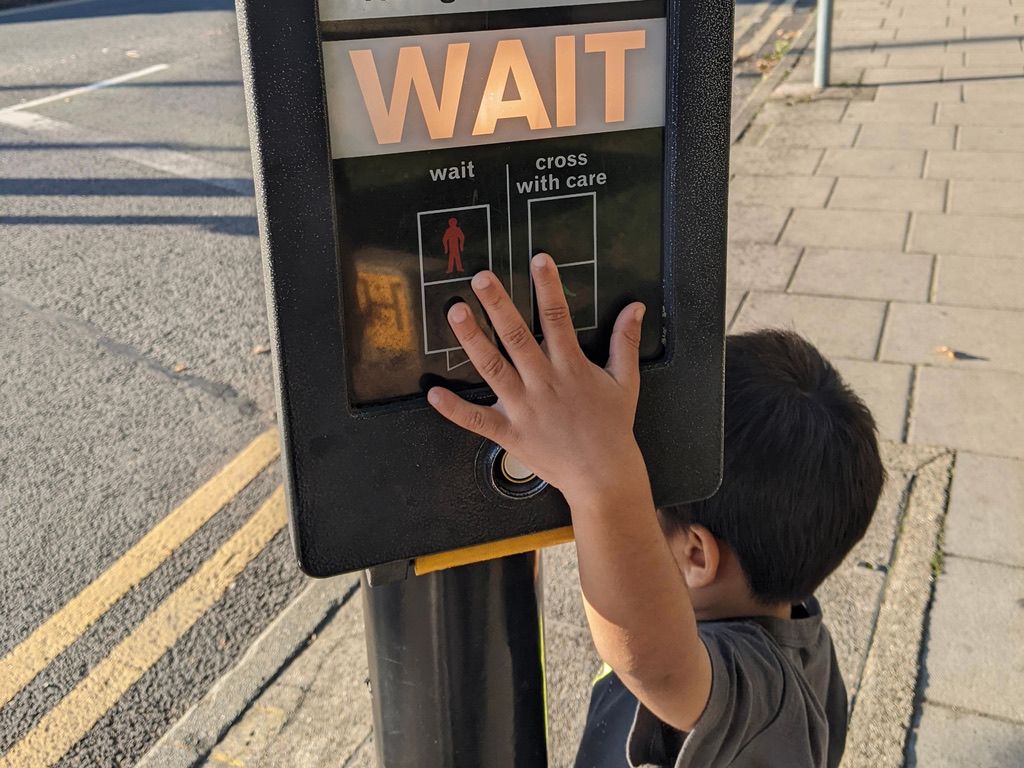 There are metaphoric mountains in the backdrop of all our lives. Standing strong through the different seasons, providing a steady reference point for all the change. 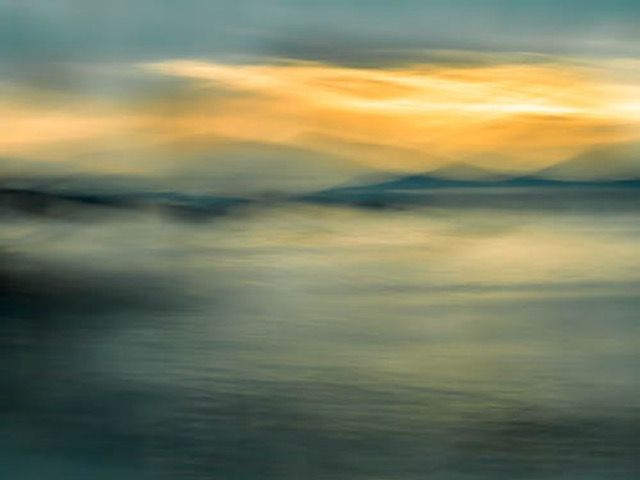